Get a Management Quote

Contact us today to see how we can minimize your stress with our professional commercial property management services.

What we do as your Chicago Commercial Property Manager

We analyze the business environment and the specific property within that environment, develop a marketing strategy, and recommend how a client's objectives can best be fulfilled.

We provide an analysis of market rents and those of the competition to maximize rent prices.

Day and night owners and tenants can contact us for emergency items through a variety of methods providing peace of mind your investment is being taken care of.

We are attentive to tenants' needs and respond to their concerns immediately.

Monthly financial reporting will be provided with records regarding rent collection, deposits, and expenses.

GC Realty & Development, LLC’s success comes from a combination of refined marketing activities and effective exposure of properties. We attract a wide variety of commercial tenants inquiring about possible locations served by our extensive market presence.

With our own fleet of maintenance vehicles, equipment, and experienced staff, GC Realty & Development, LLC is prepared to be a cost-competitive single resource for all your maintenance needs. Our maintenance department has proven to save owners hundreds of dollars per year since most jobs can be completed in house. In some instances, large scale projects are needed and GC Realty & Development, LLC has to ability to negotiate rates with preferred vendors with the savings passed down to client. We also identify cost savings opportunities such as energy efficiency modifications.

How we determine rental price

There are instances in which tenants still have a desire to move from a space, and this is where GCR&D becomes aggressive in turning over the space as quickly as possible to procure a new tenant. Working closely with each property owner, GCR&D researches the current rental market to determine the highest rental price that the market will bear. Efforts to lease the space to a new tenant begin prior to the current tenant vacating as this drastically reduces vacancy time even when a turnover is included.

GCR&D Management fees may vary and are quoted on a case by case basis but listed below are current rate ranges for commercial management:

GCR&D welcomes the opportunity to speak with you about your Property Management needs. Please feel free to call, text, or email Bryan Sonn for additional information at any time.

Find out if you are maximizing your investment’s potential.

As an investment opportunity, Chicago is the place to be. Why? Well, for starters: 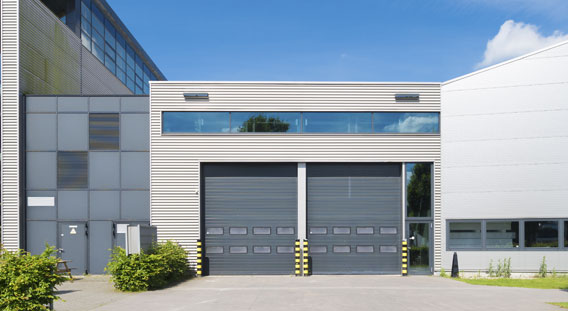 Chicago is home to approximately 2.7 million residents and is the third largest city in the United States. A truly unique mix of global attractions and local charm, Chicago has it all. Residents in the area enjoy dozens of cultural institutions, historical sites, museums, more than 200 theaters, nearly 200 art galleries, over 7,300 restaurants, and 26 miles of beautiful lakefront. There are 77 community areas containing more than 100 neighborhoods in Chicago and almost 10 million additional residents living in the surrounding metropolitan area.

Chicago’s economy prospers from a combination of both established and developing industries. Chicago, the only primary market in the Midwest, is one of the largest metro areas in the United States. Currently home to 11 Fortune 500 companies, Chicago hosts an additional 23 Fortune 500 companies. Among the list are technology giant Motorola Mobility, the world’s largest aerospace company and leading manufacturer of commercial jetliners and defense, space and security systems Boeing, and one of the largest agricultural processors and food ingredient providers, Archer Daniels Midland.

According to a recent economic impact study, experts believe Chicago’s commercial real estate continues to gain momentum. Results of the study show average gross rents have increased steadily since 2012. In addition, the study reveals vacancy rates have decreased because of a continued diversification of industries and recent job growth.

Businesses appreciate the ease of the commute for their employees as Chicago makes it easy to get around. Originally a transit hub with criss crossing rail lines and access to the Great Lakes, Chicago now boasts two large airports (O’Hare International Airport is the 3rd busiest airport in the United States) with direct flights to and from just about anywhere, public transportation includes the Metra, buses, the “L” (short for elevated) is a rail mass transit system, taxis, ride share services and more. There’s even a water taxi on the Chicago River. Commuters always have access to easy, affordable transportation.

The overall commercial market in Chicago remains strong and Chicago will continue to welcome businesses, both large and small for many years to come.

In addition to the cities above, GC Realty & Development, LLC has coverage all over the Chicagoland Area including Kane, Cook, Lake, Mchenry & Dupage Counties. We also have coverage across a large portion of the city including downtown Chicago.